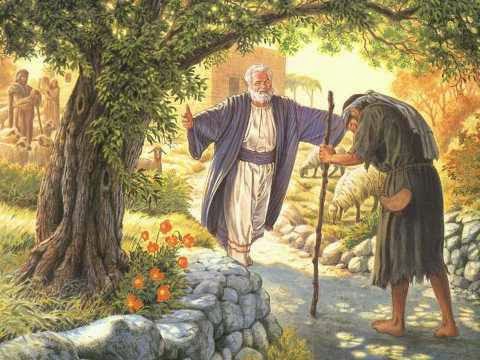 Last night, I was watching Preacher’s Kid which is a modern adaptation of the prodigal son story in the bible.  Here’s a brief summary of the movie (for those who haven’t seen it, you might wanna skip down a paragraph!) The preacher’s kid wants to live her life much to her father’s objection, she leaves home and is thrust into the world, makes some mistakes and then comes back home where her father welcomes her.  So today God led me to Luke 15 which deals with lost sheep & silver and the Prodigal son and this is what I got out of it:

The chapter starts off with the Pharisees and scribes trippin over Jesus hanging around sinners and eating with them.  Jesus then spoke a parable to them.  He told them to imagine having 100 sheep and one of them gets lost.  He goes on to say how they would leave the 99 to go searching for the lost one until they find it and when they find that lost sheep, they would rejoice.  They would call everyone, telling them how they found their lost sheep.  Jesus went on to use another parable about a woman having ten pieces of silver.  If she lost one, she would take a light and tear her house up to find that lost piece of silver.  And when she finds it, she would call EVERYONE (especially her girlfriends, y’all know how we are) and tell them how she found what she lost.  Jesus then said the same way they would rejoice over finding the lost sheep and the woman finding the lost silver is exactly how heaven rejoices when one sinner repents.  So, then I thought about something.  Have you ever misplaced your cell phone?  You thought you put it in this one spot and when you went to look in that spot, it wasn’t there.  So what do we do?  WE TEAR THAT HOUSE UP LOOKING FOR THAT PHONE!  We tear the bedroom up, the kitchen, the living room, basement, go outside and look in the car.  And don’t let someone else be in the house with us cause we’ll tell them: Call my phone real quick!  LOL! Y’all know I’m telling the truth!  Then when we find it, we feel like we found a million dollars cause we cannot stand to be separated from our phones!  Well, that’s how Jesus feels.  He wants his lost sheep found!  And when they are found, imagine how much joy floods heaven over that one soul.  Now, if heaven gets pumped over ONE soul, imagine five, ten even one hundred souls!  That’s why we as His children have to take it very seriously how we live because once we confess to be a Christian, we have a responsibility to be a disciple and make disciples i.e. reclaim His lost sheep.  Remember, we were lost too!

This is the story that blew me away.  Now, I’ve heard this story a few times but today, I really took my time to analyze and dissect it to see if I could look at it in a new way.  And boy oh boy, DID I!!  Ok, for those of us who don’t know the story, it goes like this.  There was a wealthy man who had two sons.  The younger son came to him asking for his share of his inheritance.  The father said ok and gave it to him.  The son then left and went out and spent ALL his money living recklessly.  As soon as his money was gone, there was a famine in the land (much like the recession we’re in now).  So naturally having spent all his money and now being flat broke, he started being in need.  He found someone who gave him a job feeding pigs.  NO ONE helped him out.  Then he began to think about home and said even his father’s servants not only had enough to eat but they had more to spare and here I am starving!  So he made up in his mind that he was going to head back home, tell his dad he was sorry, ask for forgiveness and then ask to be a servant since he felt unworthy to be his son.  As he was heading back home, his father saw him from a distance and ran towards him!  The son ask for forgiveness and his father sent his servants to get his son the BEST clothes, a ring & some shoes AND prepare a feast to celebrate his son coming back home!

As I was reading, quite a few things stuck out to me.

Point #1: Some things we HAVE to wait for God to give us because we’ll waste it when we get it!
God does say ask and ye shall receive however, there are times He will give us EXACTLY what we ask for and allow us to mess it up!  The son asked his father for his inheritance instead of waiting to receive it.  The bible does not mention his age however it refers to him as the younger son.  I imagine that as the younger son he still had some growing up to do and some lessons to learn.

Point #2:  Once we waste something, we become in need!
It NEVER fails that as soon as we spend our last little bit of change, something ALWAYS comes up!  Whether it’s a bill, our kids’ field trip money is due or we gotta get the car repaired, things come up! We can’t avoid it. And it’s even worst when we’re not prepared for it.  The son spent every penny he had and immediately after he did, a famine came in the land.  By us not putting money aside via saving, investing, etc, the hard times hit us even harder because we weren’t prepared.  We know emergencies happen so why in the world don’t we prepare for them?!?

Point #3: It’s not until we’re at our lowest points, that we have our breakthroughs!
How many times have we gotten to our lowest of lows that we get a breakthrough from God?  We hit rock bottom and think, how in the world did I get here?  It wasn’t until he in the pits with the pigs that the son remember where he came from!  I can imagine him saying, hold up!  I’m an heir, sitting in this pigpen and my father’s servants are treated better than this!  BUT the best thing about hitting rock is there is no way to go but up!

Point #4:  We need to declare what we’re gonna do & actually do it!
After the son had his breakthrough, he made the decision to arise.  He carefully planned his comeback and then he did it!  Many of us always talk about how we’re gonna get out of the mess that we’re in but we rarely seldom do anything about it.  We always say, “I’m not gonna do this anymore” or “I will not allow myself to go through this and be mistreated anymore”  but what do we DO about it?  Faith without works is dead Boo Boo :-/

Point #5: If we make the first step to God, He will meet us!
All the son had to do was get up and start walking and his father SAW HIM from a great distance and ran TO him!  This right here almost made me shout cause that’s exactly how God is.  Even when we turn away from Him, He’s ALWAYS willing to take us back with mercy & open arms but we must first walk To Him!  Many of us are stuck right where we are because we haven’t decided to move.  We think we’re waiting for God when in all actuality, He is waiting for us.  So please get out of that pigpen and go back to your Father!

Point #6: As soon as we repent, we are restored!
Repent means to turn away from.  After the father welcomed his son, the son repented. He told his father what he did wrong.  He said “Father, I have sinned against heaven...” (v.21)  As soon as he repented, his father told his servants to bring his son the best.  God is waiting to restore a lot of us but we must FIRST repent!  We have to come to Him and tell Him what we’ve done even though He already knows.  We have to see and confess that what we’ve done was wrong in His eyes and then and only then is He able to restore us.  Think about it.  Whenever someone does something to us and we don’t take the opportunity to tell them how we feel, we carry all of the anger, confusion and pain with us.  Then when we see them, we say “I have something to get off of my chest!”  And once we release it, we feel one hundred times better.  That’s exactly how sin feels.  We carry and carry it til it rots our spirit, attitudes and composures.  God is like when in the world are they gonna come to Me and get this stuff off their chests!  Please don’t delay your restoration because you won’t repent.  Your inheritance is waiting for you!

Point #7: Sin separates us from God but we are STILL His children!
Lord, Lord, Lord!  Someone needs to shout!! Yes, our sins disgust God and separates us from Him but ALL of us are still His children.  GLORRAAAAAYYYYYYY!!!  When the son returned to his father, he said “… and in thy sight, I am no more worthy to be called thy son.” (v. 21).  Before he can even ask to be made a servant, his father sent his servants to clothe in the best because he was still his son!  Nothing could take away the fact that he was STILL his father’s son!  How good is God!!   Mmm mmm mmm!!!  You mean to tell me, we can go out here, make some of the worst mistakes, horrible choices, be in and of the world, have jacked up pasts, done people wrong, been mistreated and we are STILL His children?! And not only that, when we repent and ask for forgiveness, He will restore us AND give us our inheritance?!?!?!?!?  WHO else can or even would do that!!!  God is truly awesome!!

As with all of my posts, I pray that this blesses someone.  I am NOT a preacher, a Pastor or am claiming to have all the answers.  I make mistakes just like the next person.  I just love to share my mistakes and my journey with you all in hopes of someone benefiting from what I have, am & will go through.  (And plus it makes the journey less lonely :) 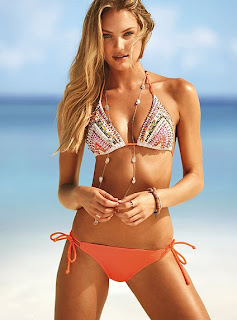